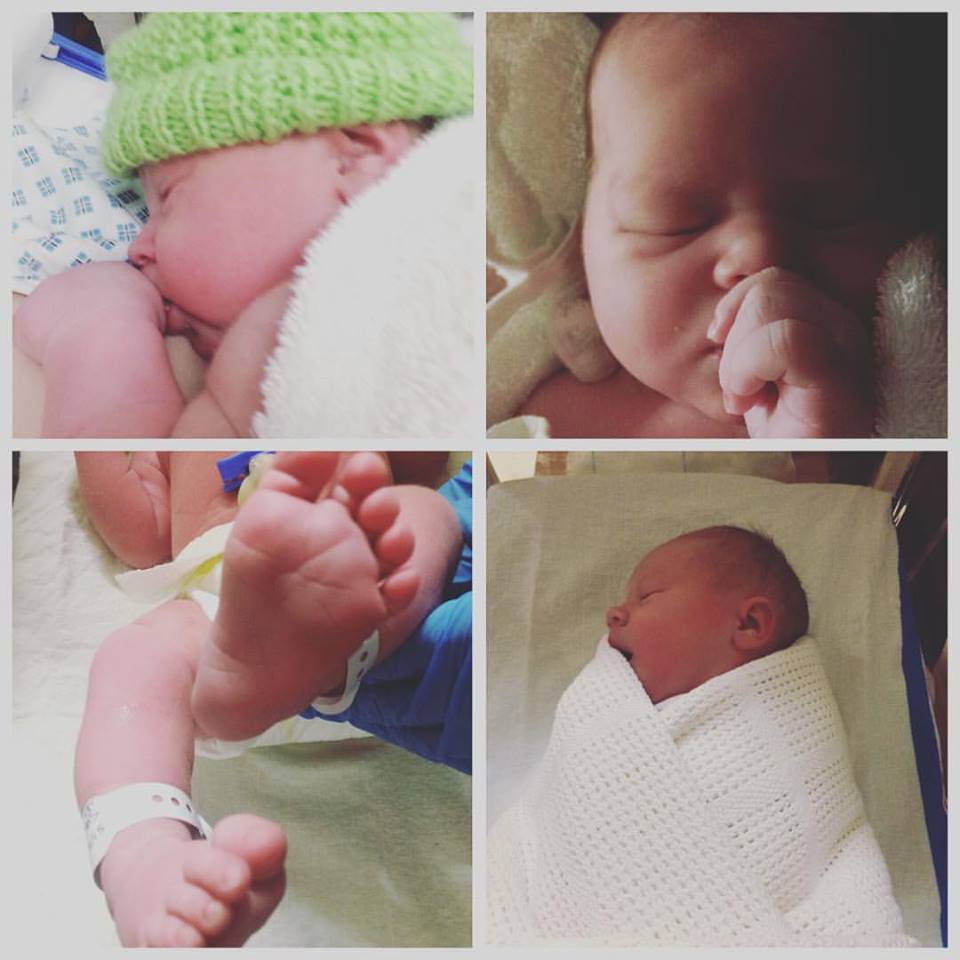 I have seen this post on a couple of other blogs – the fabulous http://www.tinyfootsteps.co.uk/ and http://thespeedbump.co.uk/ – and I loved the idea so I’ve decided to have a go at it myself now that my gorgeous little Josh is here (and currently cooing and giggling in his crib as I write this). Hope you enjoy it!

All About Your Firstborn

1. Was your pregnancy planned?

It was indeed! It took us a little while but was well worth the wait.  I had been getting a bit stressed as it was taking a while yet the second I relaxed it happened – it’s definitely true what they say, once you stop putting pressure on yourself, things happen.

Yep! 3 years in at that point.  I’m glad we had a couple of years together just us as a married couple as we got to go on lovely holidays and do some of the things we wanted to do before babies came along.

3. What was your reaction upon finding out?

Over the moon! Relief that I finally had a positive test! I just couldn’t believe my luck!

No. I was always convinced I was going to be early. I’m glad I wasn’t induced as I haven’t ever really heard anything positive about it!!! I did have to have my waters broken though – it was insane how much there was, the poor midwife got covered!!

Hubby of course! I don’t think I could even say the words I was in such shock – I just ran upstairs and woke him up showing him the test! He was over the moon although we both agreed I should do another couple of tests to be sure! In fact I did loads ha ha!

I’d got into a habit of just doing a test every month in the hope I’d be pregnant but  I was starting to get a bit fed up as it was taking a while. It was a Saturday morning and I realised I was due on that day so I just took a test but thought little of it and left it on the side whilst I went and made a cup of tea.  I totally forgot I’d taken the test and it wasn’t until I went back to the bathroom a couple of hours later that I saw it on the side and remembered! I then realised it had the magic second line and took a couple of moments to let it sink in before I flew upstairs and told Sam!

No. We always said we weren’t going to find out, which drove some of our family and friends nuts as they were excited and wanted to know. But we were determined not to find out. I had to have loads of scans during pregnancy and I have to admit each time I did think “Ohhhh what is it” and at the 20 week scan I thought I saw something boy-like but I stuck to my guess of a girl the whole way through pregnancy. My husband always said it was a boy and he was right!

10. Did you deliver early or late?

One day early! I felt really pleased about that as I am not patient and think I might of lost my mind if I’d been super late.

11. Did you have morning sickness?

Yep! From about 6 weeks of pregnancy I had severe morning sickness, to the point where I stopped work for a while! I was sick several times every day, sometimes not even able to get out of bed. By the time I hit 12 weeks I thought it would disappear and although it marginally lessened, I was still sick most days. By halfway through I was probably only being sick every other day and I had about 6 weeks where I felt really well. Then as soon as I got to the third trimester the sickness returned and I was back to being sick every day, right up to the point of being sick in theatre moments before tehy performed the C Section! It was so hard being so sick all the way through but I made sure I rested lots and tried to listen to my body in that respect.

12. Did you have any cravings?

The whole way through I ate boxes and boxes of Wheetos! I was like a woman possessed! I also had about a month of solidly eating Mars Bar Ice Creams and then towards the end of the pregnancy I had a major sweet tooth so had loads of chocolate! Not the healthiest of cravings!

13. How much weight did you gain during pregnancy

Loads! 3 stone, maybe a bit more!!!! It was all bump and boobs though. My bump has gone down quite well thankfully! Just need to tone it up a bit now.

A gorgeous baby boy! I’ll never forget the look on Sams face and his voice when Josh was lifted out and he told me it was a boy – it was magic.

15. Did you have any complications during pregnancy or labour

Loads! Pregnancy was hard but I loved being pregnant. As I’ve said I was sick a lot, I had really low blood pressure so I fainted easily, and at the 20 week scan I got told I had a low lying placenta which meant I had several scans up to 36 weeks to decide if I needed a c section. How ironic that I got told I didn’t need a C section…….

Labour was long, hard and scary! I’ve already done a post on my labour so I won’t bore you all with the details but I did nearly a full 24 hours labouring at home before going to hospital at 6cm, having an epidural which later fell out (when I was at transition), then a spinal, several hours of pushing that got me nowhere, then failed forceps  before the decision was made to have an emergency c section – if only they’d just told me to have one anyway at all those scans! By the time I was in theatre I was delirious, exhausted, crying, throwing up and petrified!  I love my little boy so much but I can’t say I look back on labour fondly at all and I’m not going to be one of those people who says “you soon forget”! I am sure I will one day.

The James Paget in Gorleston. It used to have a bad reputation but their maternity and antenatal clinics are top notch and I can honestly say every midwife, doctor, consultant and anaesthetist I met was amazing, supportive and kind. They were all wonderful.

17. How many hours were you in labour?

Josh Oliver. We loved the name Josh from very early on and Oliver is after my Daddy!

20. How old is your first born today?

He is 7 weeks today, 12lbs 10oz and a smiling little bruiser! He is currently laid in his napper next to me as I write and looking at him I know he was worth every bit of labour, sickness and exhaustion! He is the best thing to every happen to me!

So that’s my Firstborn Tag! I look forward to reading others from you mummy bloggers!